An Interview with Eugenia Oganova

Eugenia: Yes, they are a real group of energy beings. They do not have physical bodies like we do, but most do have some type of form which relates to their place of origin.

I have had many interactions with them from my other lives, and from the very beginning of this life as well.

Magic Inquirer: In “The Secret of Sekhmet” you mentioned Agartha, as a place of meeting, for the Solar Council. Could  you elaborate?

Eugenia: The Solar Council meets in a 4th dimensional space “inside” of Earth. It is not an “inner Earth” in the sense of a physical space that is hollow inside of our planet – instead Agartha is in the 4th dimension of Earth, which occupies the same space as our physical Earth. The First Sub-Harmonic of this Universe (1-D, 2-D, and 3-D) is the home of the Earth that we see – the physical planetary body. The Second Sub-Harmonic (4-D, 5-D, and 6-D) also occupies the same space as the Earth. But the range between the first and second Universal Sub-Harmonic is even wider than between the dimensions. Here in the 3rd dimension most people cannot see beings of the 1st or 2nd dimensions, even though they exist – sort of parallel to us, occupying the same space. But sometimes people can feel them. There are also many beings on Earth in the 4th dimension, but it is much harder to perceive them because they are in a different Sub-Harmonic. But they are still here, on Earth, at the same time with us. Agartha is the “name” of the Second Sub-Harmonic Earth that exists, parallel to us, but includes more dimensions.

The members of the Solar Council are foremost the creators of this Simulation – the Kadishtu species who donated their knowledge and love to this Solar System in order to create an Earth Simulation. They deposited their own codes here on Earth – so that this environment (what we call Nature) could evolve in harmony and peace. Over thousands of years that original plan was modified many times. It is why we went onto a much more “rocky road” than was originally intended. But there are no mistakes in the Universe, everything has the right to exist and complete itself. All “evil” eventually either becomes “good” through wisdom and love, or dissolves into the Is-ness.

But back to the Solar Council – these beings have an “energy bubble” of a space inside the Earth, at its very center. This is what is generally called Agartha by the ancients. It is a spheroid energy space, linked to the linear time of the 3rd dimension but not bound by it. It has its own time perception, a more spherical one than linear 🙂

Magic Inquirer: You mentioned Kadishtu – who are they?

Eugenia: There are level of various Kadishtu Guardians. The highest level is called Guardian Host of the 10D, 11D and 12D. Then there are “lower” levels of Kadishtu who are beings from all over this Universe in dimension lower than 10D, benevolent and interested only in gentle support and witnessing – they are multi-dimensional and of a very high frequency consciousness. These benevolent beings that I communicate with, many of whom sit on the Solar Council of Earth, and many who are “ambassadors” to this planet – they are the representatives of Kadishtu on Earth. Kadishtu beings are Creators – they create Simulations which are environments for learning, they design blueprints for possible paths of evolution. The Souls of this Universe enter into these Simulations, incarnate into the forms available within these environments, and learn, grow, become wiser, individuated, and eventually more conscious. Kadishtu designs are always harmonious, although for any growth some disharmonious phases are needed occasionally.

Kadishtu themselves can enter into a Simulation that they have created, if they are capable of squeezing themselves into the range of vibration within that Simulation. This is why when Earth was more inclusive of the 5th and 4th dimensions, there were many Kadishtu incarnate inside the Earth Simulation. But now that the planet is in the First Sub-Harmonic, most Kadishtu cannot come into here, cannot incarnate here. This is what made Sekhmet so unique – she was the only “star-god” that remained on Earth when it went into the First Sub-Harmonic.

There are many Kadishtu beings, of course, who do not have much to do with Earth at all, and exist outside of our planetary Simulation. Kadishtu are not one type or race of beings, rather they are a union of many allied worlds and species. I have written an article about them before, here is the link to it: Galactic Starbeings – Kadishtu.

Magic Inquirer: Is it true then that the Solar Council wanted to end the Human Experiment on Earth?

Eugenia: Yes, it is. Because the Earth Simulation was modified, human development went onto the path of unconsciousness much further than was originally planned. It was allowed, of course, since we have free will and all learning is allowed. The Souls incarnating into human beings developed large amounts of karma though, so much that they were not really able to maintain an incarnation anymore… As a solution to this problem, a “splitting” was originally developed – in other words, each Soul would split itself and incarnate not into one body but into many. I think this might be a misguided interpretation of the term “soulmate” – a part of oneself that when connected with will make one complete. The “soul splitting” did accomplish some of this task – people were able to not die from the overwhelm of karma right away but actually live their life and slowly process some of their unconsciousness. But that process was painfully slow – thousands and thousands of lifetimes were needed to gain even the slightest amount of conscious understanding (mostly because people didn’t choose to put any attention onto spiritual matters!)

This process was becoming so unproductive that the Solar Council could not see any possible solution to it. The issue of “dying right away from karmic overwhelm” was resolved to some extent through the “soul splitting”, but that “solution” also had rendered the Souls so asleep and numb that they did not desire to awaken anymore at all. They were fully within the hypnotic trance of matter-material perception.

The Solar Council at that time debated the closure of the Human Experiment on Earth. This, of course, does not mean that there would have been no more Nature – like minerals, plants or animals. Just no more humans – they would have reverted back to the animal format, until a new Human Experiment was set up and each Soul could attempt to gain higher consciousness again. 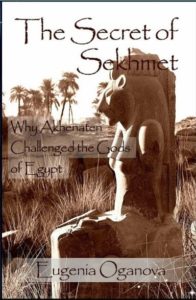