There are many energy structures on our planet, besides the material “structures” of non-organic and organic life that we can see physically. Some energy structures interpenetrate the planetary body, others are inside of it, while others are located around the planet. The value of having more knowledge about, and direct experience of, these grids is that they are the foundation of safety, health, abundance and well-being.

In order to learn souls create “classrooms” – “simulations” (perceptional experiences) that we, once inside, consider to be fully real. Simulations differ, depending on the lesson. Each “simulation” is generated through a holographic environment – an energy grid-pattern, anchored in the planetary matter. Some are natural, others artificial. We live in an artificially augmented natural simulation.

Currently our planet has five major consciousness grids, three of which relate directly to the evolution of human consciousness. 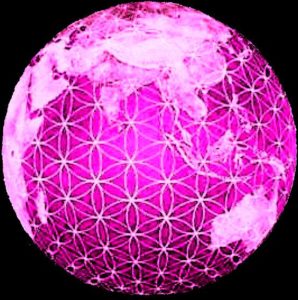 Web of Connectedness exists inside the planet; stretching between dimensions, it supports all the other grids. Originally it was created by the intelligent beings of the Sun and extended throughout the Solar System; then it was modified and enhanced by the Earth, bringing it to its current state. It looks like a illogical web of magenta and gold colors on black background, because it is based on the Universal Matrix and the Void. On that natural grid was built the Support Network – a human-created system, designed to help the planet go through her consciousness changes with less material damage. This Support Network looks like a more structural version of the Web of Connectedness, geometrically organized, and it is magenta-blue in color. This Support Network was begun by the Lemurian Elders, then it was enhanced by other conscious civilizations, the latest significant upgrade was made in ancient Egypt. 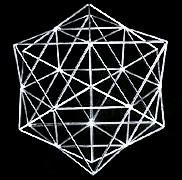 Memory Grid holds records of all forms of life, in or out of material existence. This is where the records about previously existent earth formations, minerals, and extinct plants and animals are stored. Any animal, extinct from our perception, is really a program/code, which is kept dormant on that grid. It is a “hard drive” of planetary “simulation,” and this grid is based on a complex star icosahedron geometry (twenty interlocking triangles). 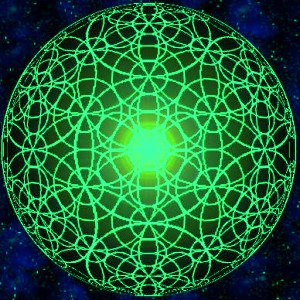 Nature Grid has blueprints for all forms of life which manifest in matter. The difference between Memory grid and Nature grid is that the Memory grid holds the blueprints for everything – materialized or not, and the Nature grid holds only the blueprints for the Materialized forms in the Now. The Nature grid is a “RAM space” of planetary “simulation” (perceptional experience). It is also the first level of human consciousness. It held our consciousness when we, human race, were infants, all connected to the planet as one. It is the pattern of unity without individuation of Self at all. It is pure Source energy, experienced through the heart, and anchored in matter. Currently only aborigines of Australia, few Native American and indigenous tribes, and people of any ethnicity who have Down Syndrome, connect to this grid. It is related to a different chromosomal count in the physical body. This grid looks like a volumized Fruit of Life pattern. 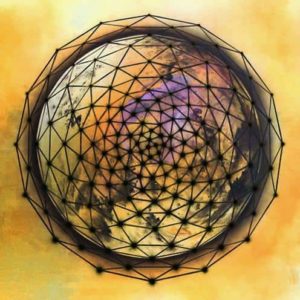 Human electro-magnetic Astral Grid is the one we currently operate from – this is the “simulation” that most of the human race participates in. It is the second level of human consciousness. In our current simulated reality one consumes another (plant eats plant, animal eats plant, animal eats animal, human eats plant and animal). This is the pattern of consumption, survival, competition, patriarchal/matriarchal struggle, and identity comprehension through a Hero’s or Heroine’s journey. We are in training to become the unique Self in order to learn to activate fully our Light Bodies (the Mer-Ka-Bas). This grid is based on the expanded icosahedron geometry of the triangles. 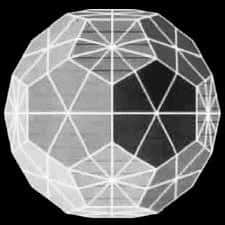 Unity Consciousness grid (referred to as the “Christ Consciousness grid” or the Crystalline grid by many) is the third level of human consciousness. In that expanded enlightened consciousness we will live instead of surviving, and thus there will be no “consuming one another”, instead life force will be all permeating in all life forms. We and all beings/nature surrounding us will live on pure prana/life-ether, or life force, because our hearts and our Light Bodies will be active.  This grid is structured as a double-penta-dodecahedron geometry, a combination of icosahedron and dodecahedron, and it has 144 facets, the number of ascension. The 5-based root of the double penta (5) dodecahedron is anchored in the understanding of the 5 Elementals (Ether/Spirit, Fire, Air, Water and Earth). Egyptians called this Khab, which means “Star God” (i.e. the improved/ascended us!!!) It means that we “become stars.”

The charge running through the Unity Consciousness Grid is a “high voltage” crystalline energy. To get this “charge” from the grid into our own energy fields, we need to forgive the pain that we have experienced while in density. It has not been a personal punishment, just a falling asleep and then a “forgiving” and then an awakening.

Everything – the pain and the ecstasy – is created by us. The highest level of consciousness is to know that there is nothing to forgive because all in the “simulation” is Self-created.

Each of us must wake up as ourselves – alone. Occasionally there are options when few people resonate very closely together and their Souls have a contract to open the veil together – then they can do so “as one”, but even then, each still has to make his/her own choice to stand the ground even if all the others leave – even here essentially each does it alone.

Which of the planetary grids to you connect to? Which one do you want to connect to? What if you set your intention to experience the grid you’d like – tonight before going to sleep?